Wow I can’t believe it’s Friday again and I am one course away from finishing my 12 week business program. It has been one intense condensed learning session and my brain hurts. Income statements, balance sheets, T-accounts, accumulated depreciation and allowances got the best of me and Financial Accounting destroyed me.

In the beginning of the course our professor warned us, “I’m not going to lie, this course will frustrate a lot of you.” His computer screen read: DON’T PANIC. Yikes.

With his slicked back ponytail and a little “I balanced” dance around in a circle, he got really excited about teaching us formatting and numbers. Apparently he had been excited for 20 years working as an Accountant.

Our Professor, Chris Graham, taught a good course but the amount of information he was covering made most people’s heads pound. Rows and jumbled up patterns of numbers scattered the whiteboards as Chris erased and then filled each board again. The two whiteboards at the front of the class were taking a beating and the blue and black squeaky pens were getting chucked into the garbage one by one. There were more then a few scrunched up faces most of the time and blank stares when he would ask if anyone got it. Granted there were some very smart people in my class who did really well, but they were the ones who like numbers and do better with formulas and math stuff.

I cried one night for a while during that week because I just did not understand. Another classmate also had some tears in one of the quizzes when her memory temporarily went blank. It was an overload of information.

When the final exam hit me, I panicked. It had been only one week of the intensive course and I had

barely grasped the basic formulas and layouts of the financial statements. But, I certainly was not able to figure it out on my own. I stared at the half-finished statements and then attempted to transfer them to the T-accounts, which in this part of the story you are probably getting bored so I don’t really know what else to say about Financial Accounting that is interesting.

Anyway, the last hour had arrived and after some more tears and my feeble attempt to do the Financial Accounting final, I handed in my partially completed exam and slumped away. The mark that followed was not ideal but I did manage to pass the course. I hoped I wouldn’t have to see financial statements again. Unfortunately after Marketing was over I had to start Finance. To my surprise, because Finance was more about writing an analysis I actually received a higher mark. I was shocked that I did well in the course but again, it was a brain crusher. Projected statements, percentages, ratios and business analysis. Ahhh!!!

I literally left part of my financial statements blank and then explained in my analysis that I knew I had done them wrong. Luckily I could understand the ratios well enough to form an opinion of the case and describe what could happen if sales increased by 10%. 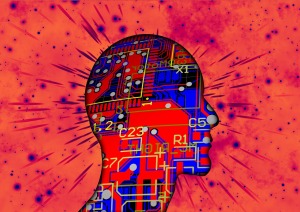 The courses were specifically set up to split up Financial Accounting and Finance with Marketing between. I believe the main reason for this is to avoid the exploding of brains. The fatigue has finally taken over. I have absolutely no mental capacity to write or even carry on a conversation at the end of the day. This is why my blog has lacked in content lately.